We had a great time playing on Kex Hostel on Tuesday night. The house was crowded with jazzlovers of all ages and we all had great fun playing. At the beginning of the gig I had trouble with one note on my Rhodes, and lo and behold, we had the #1 Rhodes specialist in Europe in the house, Freddan Adlers from Gothenburg in Sweden, who was eating dinner with his good friend, Eythor Gunnarsson from Mezzoforte. He was kind enough to propose to fix it for the gig. After getting some tools from the lobby we found out that what was needed was a glue to put the felt tip on the hammer, then it would have to dry which would take to much time, so I had to play the gig with a hard sounding middle G. Freddan suggested that I could build my solos around it like Keith Jarrett did on one recording with Miles Davis (I forgot which one). It was a nice comment from a nice guy who is btw right now is fixing my precious Rhodes.
Here is a pic from the gig in this homely place.

I will be hosting a night on KEX hostel with a quartet next Tuesday.

Next Tuesday, the 26th, I will be hosting a jazz-night where I will be getting three wonderful players to join me in playing a blend of new music and standards. I will be playing Rhodes and keyboards, and then we will have Jóel Pálsson on saxophone. Straight from Berlin, we get my “frændi” Daniel Friðrik Böðvarsson on guitar and bass, and then Magnús Tryggvason Eliassen on drums (ADHD). The music starts 20:30 and lasts for roughly two hours. KEX Hostel is a great hotel by the sea in Reykjavik, not too far from Harpa and I can most definitely recommend the kitchen there! 🙂

A lunch-concert coming up with Kristjana Stefánsdóttir, 22nd March!

The great Icelandic jazz-singer, Kristjana Stefánsdóttir, and I will give a concert in Víðistaðakirkja, in Hafnarfjörður which is a small town near Reykjavik. We will do a blend of psalms and jazz standards together. Originally became friends back in 1997 when we studied together in Holland, and then we have played together occasionally since then. It is always a great inspiration to play with Kristjana and I am hoping for a great concert. The concert starts at 12:00 and ends 12:30 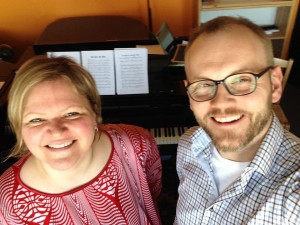 What is a jazz-pianist doing conducting Oratorios? 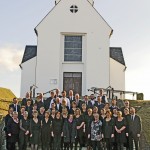 Well, as someone that has been enamored with baroque music since childhood, I find it amazingly gratifying to be soon standing on the conductors podium with 50 people singing and 16 people in an orchestra performing Gloria by Antonio Vivaldi (RV 589) and Kleine Orgelmesse by Joseph Haydn. This idea sprung forth last spring when I conducted Faure´s Requiem with four choirs and a piano, and I decided that I would try and get together a project with some older music. I got together two choirs I conduct, one in Óháði söfnuðurinn and the other in Víðistaðakirkja and then we got the choir in Háteigskirkja and Skálholtskirkja with us to form a big choir for this project. Now we have almost put the band together and we are really excited to do get them with us.
Right now, I just came from a great practice weekend in Skálholt where we practiced with the choirs together for two days and performed the mass by Haydn and one movement from Vivaldis Gloria in the Sunday Mass at the Skálholt Church.

I just ended two recording days for my new album!

Hey y´all, I just ended two days of recording for my new album. Yay! We recorded in Víðistaðakirkja, and I had my new trio with me, Þorgrímur Jónsson and Scott McLemore on drums. I had a great time working on my music, and now, I must say I am a bit tired.I look forward to hearing what comes out of this though! 🙂

In the Northern part of Reykjavik, just on the shore, there is a wonderful art museum with sculptures by Sigurjón Ólafsson. On “Safnanótt” – which is an evening where all the museums in Reykjavik are open late and people can wonder between them for free – I will be playing my music on the wonderful Bösendorfer grand piano form 20:00-22:30. It is always a treat to go there and wander between the spectacular sculptures. 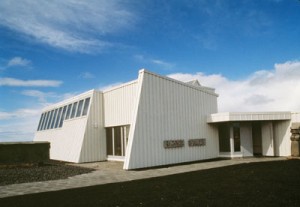 Today, Gissur Páll and I played a gig at Litla-Hraun which is the biggest jail in Iceland, housing about 90 prisoners. We played in a small indoor handball-court that smelled car wax since it is used to clean cars during the day. The piano was really crappy but that didn´t really matter because this was such an amazing experience. We had all the prisoners come in, pretty buffed up most of them with tattoos and stern faces, sitting down, looking pretty apprehensive, and not really going to buy into listening to opera howling and liking it. Then when we had performed the last song they were all standing and cheering, and coming afterwards and thanking us with a handshake (that I am still recovering from btw:)) Anyways, this was a great day and a gig I will never forget!
Here is a pic of us in front of the watchtower. We were pretty glad that we didn´t have to stay for the night:) 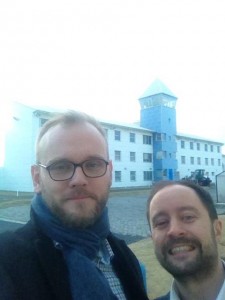 Playing a concert at Ung Nordisk Music in Reykjavik.

I will be performing at Ung Nordisk Music Festival in Reykjavik, with a very short notice, to perform a piece by Mathias Monrad Möller called Ich seh sie, sobald ich im Vorraum steh, for Bariton, Piano and tape. This is quite a challenge but will be fun to do. For those interested the performance will start at 8pm at í Sölvhóll, Listaháskóla Íslands on the 28th of August.

Gissur Páll and I are on tour!

The great tenor of Iceland, Gissur Páll Gissurarson and I, have been booking a tour around Iceland. We have a program made up of mostly Icelandic songs, but then a few italian songs will slide into the program as a spice to the freshness of the Icelandic song.
Here are the tour dates for us this year to date:

The record Mæri was today nominated for the Icelandic Music Awards. On 13 March we will see if it gets the price! That would just be awsome!