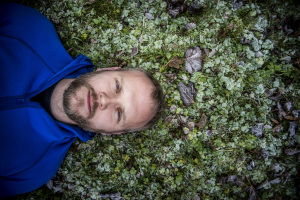 Arni Karlsson is a pianist of many styles along with being a conductor and a composer.  Based in Reykjavik, Iceland  he has played on several recordings and produced 4 solo albums that have all gotten great local and international reviews.  His most recent album, Hold (2014) was the Jazz album of the year 2014 on the renown jazz blog Jazz Wrap. In 2015 he was the music director and one of two composers for the highly acclaimed play, Njála, (2015-17) in Reykjavik City Theatre that was broadcast live on the Icelandic Public Television. Arni Karlsson won the Gríman Awards for Best Music in Theatre 2015 for the music in Njála. In the spring of 2016-17 Arni conducted the world famous womens choir Graduale Nobili that toured with Björk on her Biophilia project in 2010-13 and have won many international competitions and published 4 albums. Arni´s music has appeared in The Good Heart (2009), Borgríki (2011) and as a conductor and performer in Eiðurinn (The Oath)  (2016). Arni’s next album will be released in the next months.