You are browsing the site archives by date.

We had a great time playing on Kex Hostel on Tuesday night. The house was crowded with jazzlovers of all ages and we all had great fun playing. At the beginning of the gig I had trouble with one note on my Rhodes, and lo and behold, we had the #1 Rhodes specialist in Europe […]

I will be hosting a night on KEX hostel with a quartet next Tuesday.

Next Tuesday, the 26th, I will be hosting a jazz-night where I will be getting three wonderful players to join me in playing a blend of new music and standards. I will be playing Rhodes and keyboards, and then we will have Jóel Pálsson on saxophone. Straight from Berlin, we get my “frændi” Daniel Friðrik […] 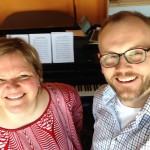 A lunch-concert coming up with Kristjana Stefánsdóttir, 22nd March!

The great Icelandic jazz-singer, Kristjana Stefánsdóttir, and I will give a concert in Víðistaðakirkja, in Hafnarfjörður which is a small town near Reykjavik. We will do a blend of psalms and jazz standards together. Originally became friends back in 1997 when we studied together in Holland, and then we have played together occasionally since then. […] 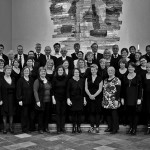 What is a jazz-pianist doing conducting Oratorios?

Well, as someone that has been enamored with baroque music since childhood, I find it amazingly gratifying to be soon standing on the conductors podium with 50 people singing and 16 people in an orchestra performing Gloria by Antonio Vivaldi (RV 589) and Kleine Orgelmesse by Joseph Haydn. This idea sprung forth last spring when […]